DelVecchio’s Pizzeria & Italian Restaurant is growing rapidly and with new locations opening all over South Florida, people are taking notice. This year DelVecchio’s was nominated to compete on WPLG Local 10’s Top Ten Best of South Florida contest and was voted to the #1 spot in every participating category, including best chicken wings.

DelVecchio’s opened its first restaurant in Weston, Florida and due to the great food and service quickly became a local favorite. It didn’t take long for DelVecchio’s to start expanding and now there are seven DelVecchio’s restaurants throughout Broward County that serve the best chicken wings.

DelVecchio’s is the fastest growing pizzeria chain in South Florida. We are also the official pizza of the Florida Panthers NHL team and the BB&T Center, event arena where the Panthers play. 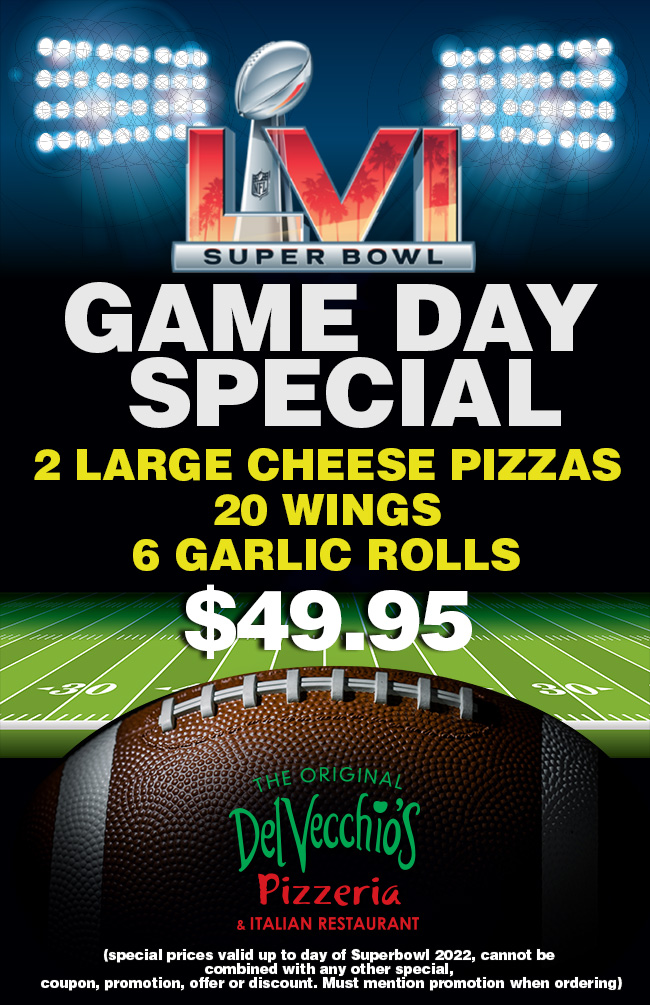